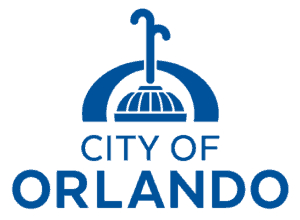 August 7, 2019 – ORLANDO, FL – Today at the dedication of OUC’s Kenneth P. Ksionek Community Solar Farm, Orlando Mayor Buddy Dyer announced that the City of Orlando will subscribe to 4.8 megawatts of solar energy per year – the equivalent of taking City Hall and all 17 Orlando Fire Department stations off of non-renewable energy sources.

Subscribing to the community solar farm is part of the city’s Green Works Orlando sustainability efforts and supports Mayor Dyer’s goal of having 100 percent of municipal electricity coming from renewable sources by 2030.

“The City of Orlando and OUC have been collaborating to make Orlando the most sustainable city in the southeast, and this solar farm is another example of how our community is working together to achieve that goal. When it comes to sustainability and renewable energy, the city wants to lead by example and also have our residents and businesses join us to foster positive environmental changes,” said Mayor Dyer.

The city will utilize 14,267 of the community solar farm’s 37,544 solar panels, which is about 37 percent of the total array. The remaining solar output will be offered to OUC’s residential and commercial customers.

The city’s solar subscription will lead to a reduction of 6.1 tons of carbon dioxide emissions and help prevent 2.9 tons of coal from being burned.

View all posts by: William Lees